inspired by my experience as a Mandarin interpreter for the United States Immigration Court, this piece presents me as a tool for the voice of voiceless.

an interpreter is a tool. content and emotion are interpreted while the interpreter remains neutral. interpretation is done consecutively, or sometimes simultaneously, in court, which at times are challenging and stressful. real life is nowhere nearly as dramatic as what we see on tv, but the content has real consequences. for this project, i simulate the court.

i have asked immigrants in the Chinese community of Philadelphia to participate in telling their reasons, obstacles, and journey of coming to America.

the interview is filmed while i interpret the stories on the spot like i would in court. during post production voices of the interviewees are taken out. the reason for this is two fold. first, by protecting the participant’s identity they are more forthcoming with their history. second, with me as the only performer, i become the tool once more, and a sense of facelessness is given which appropriately reflects how we see the immigrants "issue". the only reference of the interviewee is the object displayed on the right half of the screen during his/her interview - an object i asked the interviewee to bring that has a personal meaning and importance to him/her. items include: photographs, electronic dictionary, bible, diary.

the installation itself was constructed to imitate the sterile and stark environment of the court (which in reality is not where as fancy as you see on tv).

this piece was sponsored in part by Asian Arts Initiative and The Leeway Foundation’s Art and Change Grant. 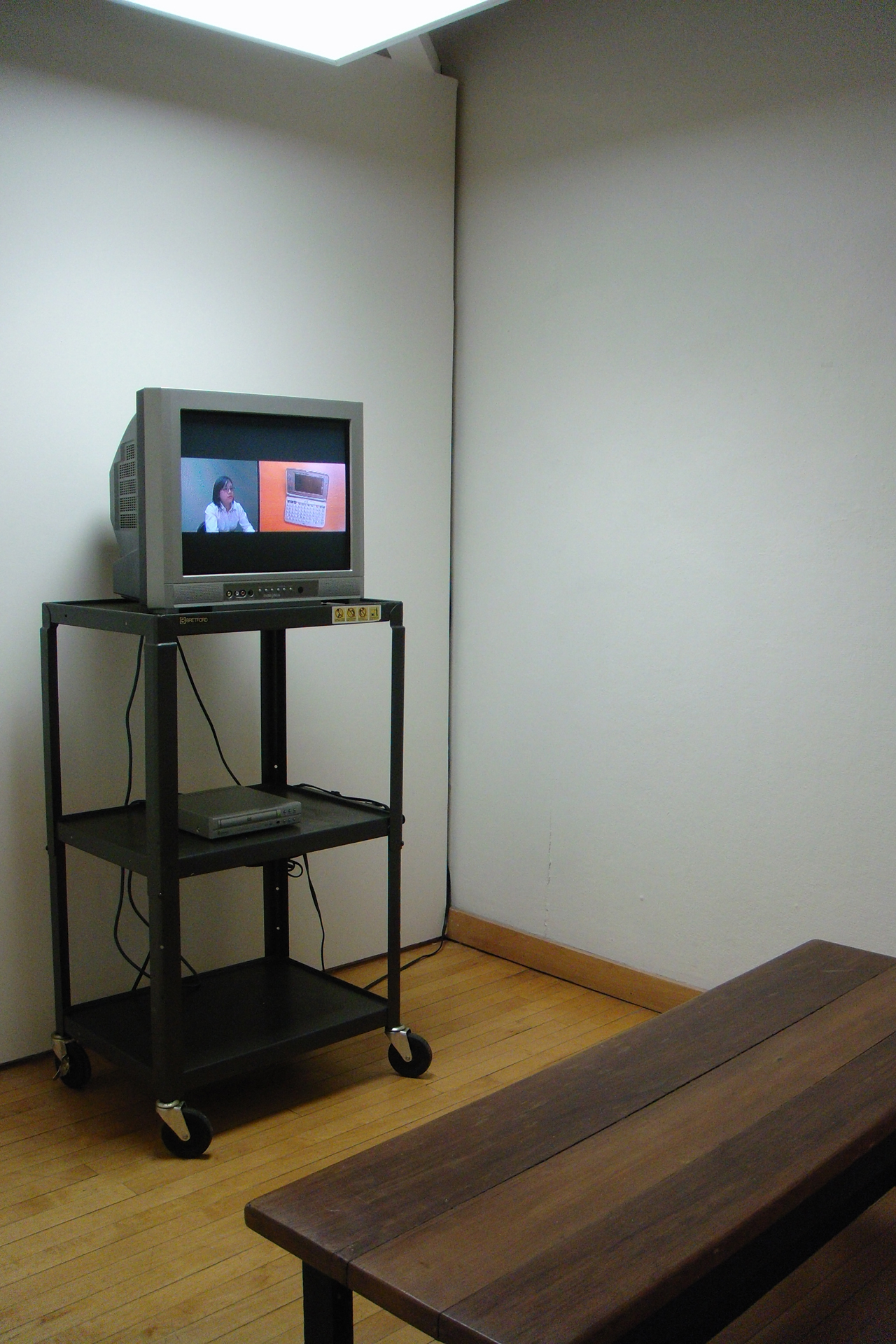 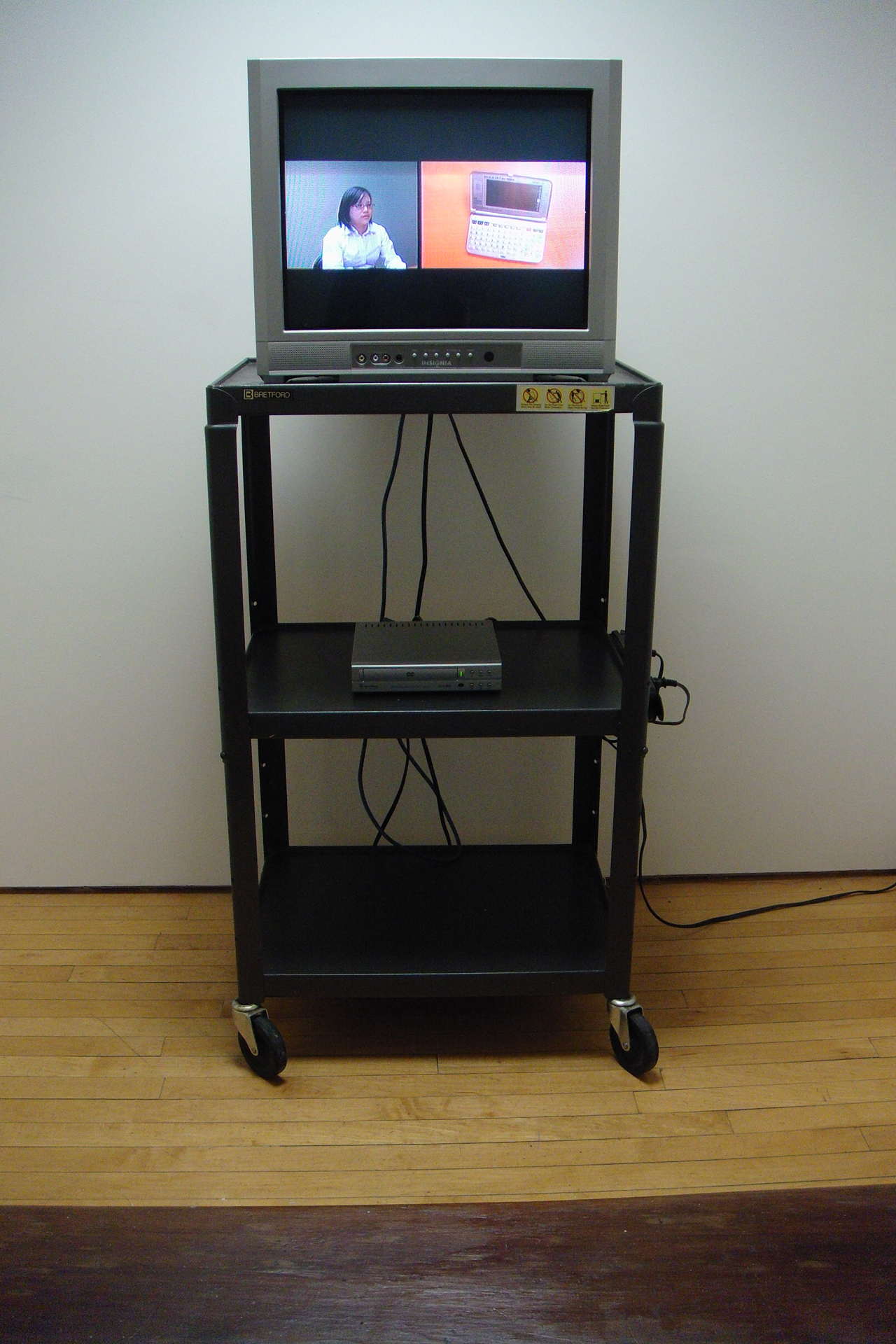 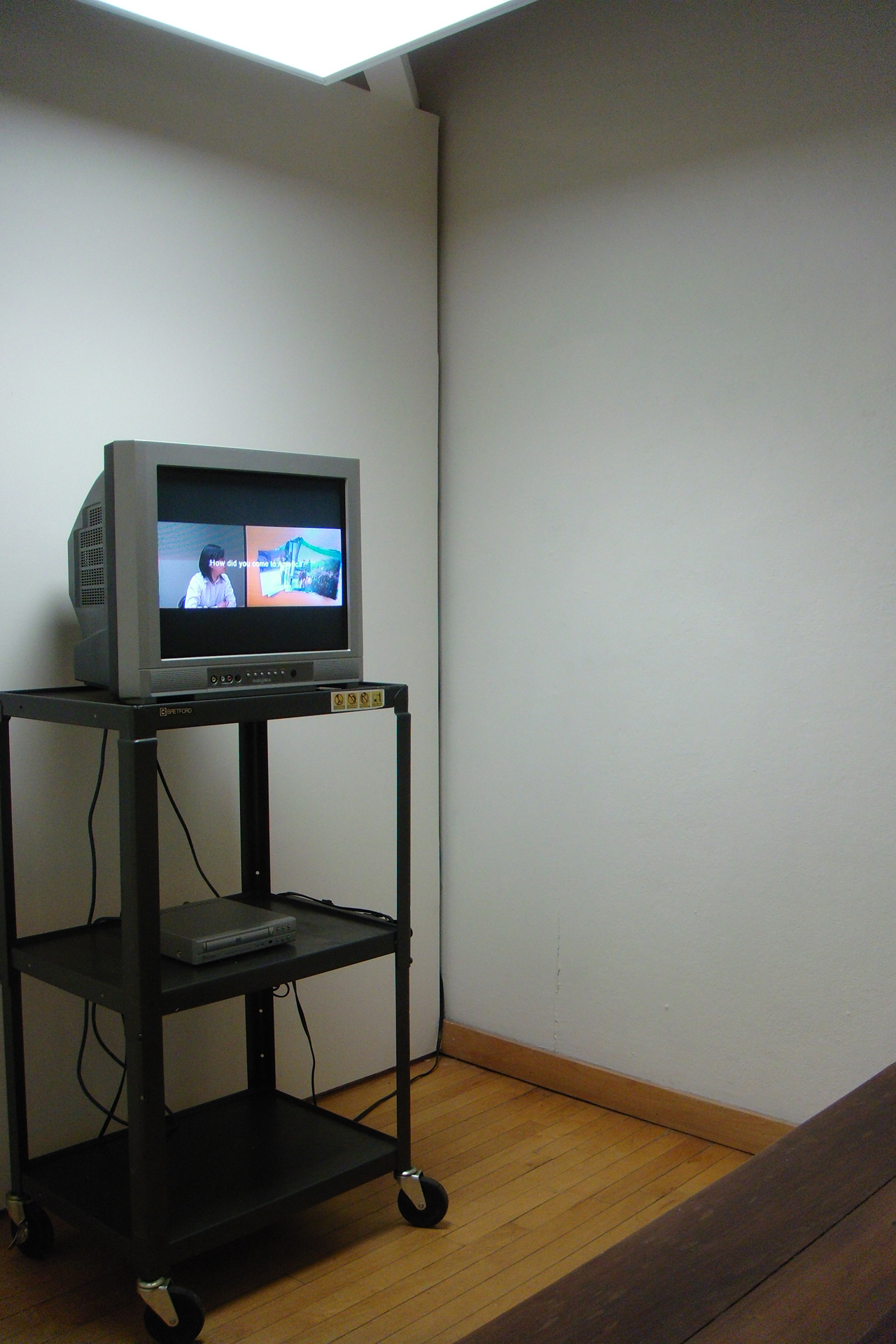 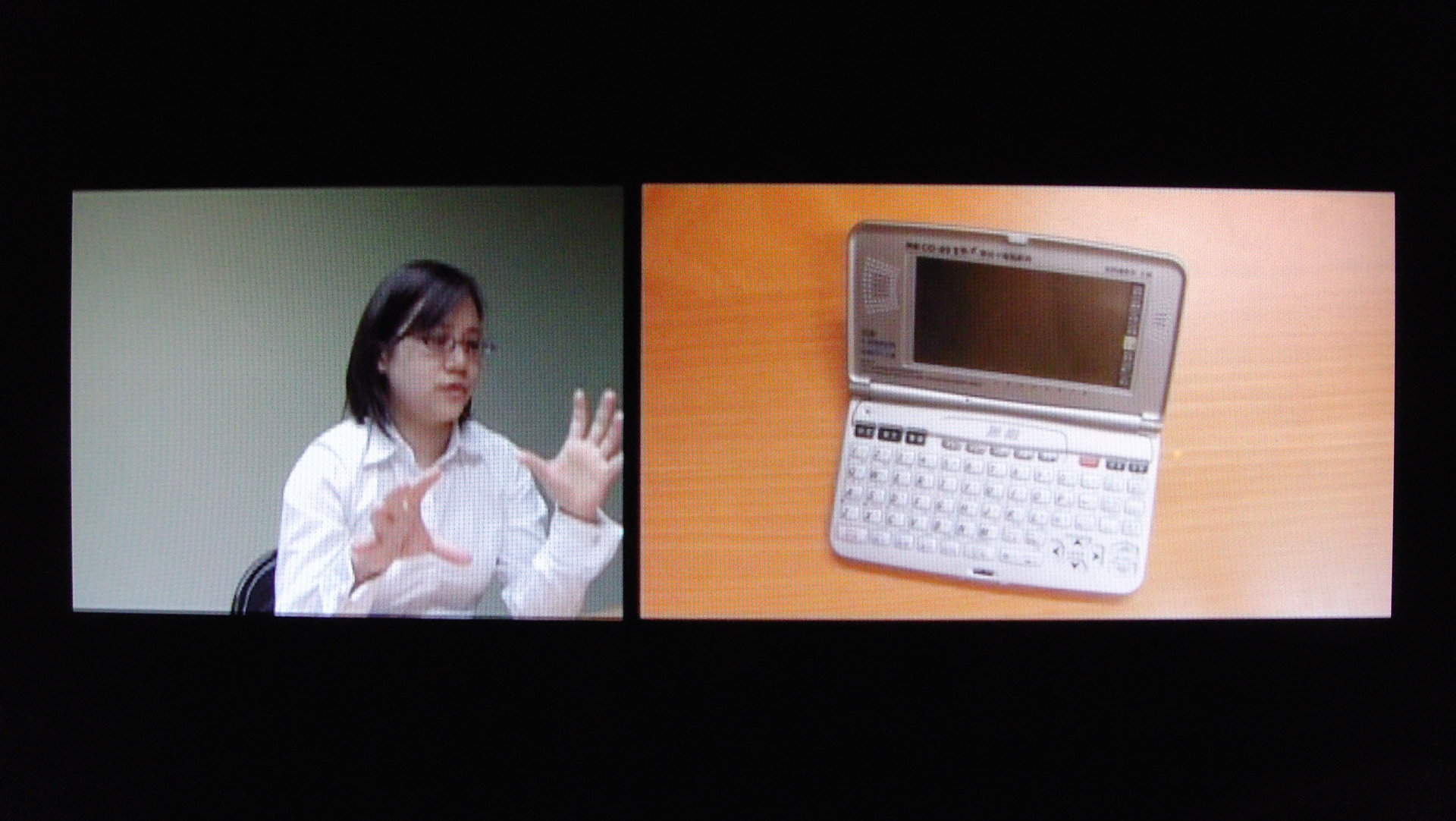 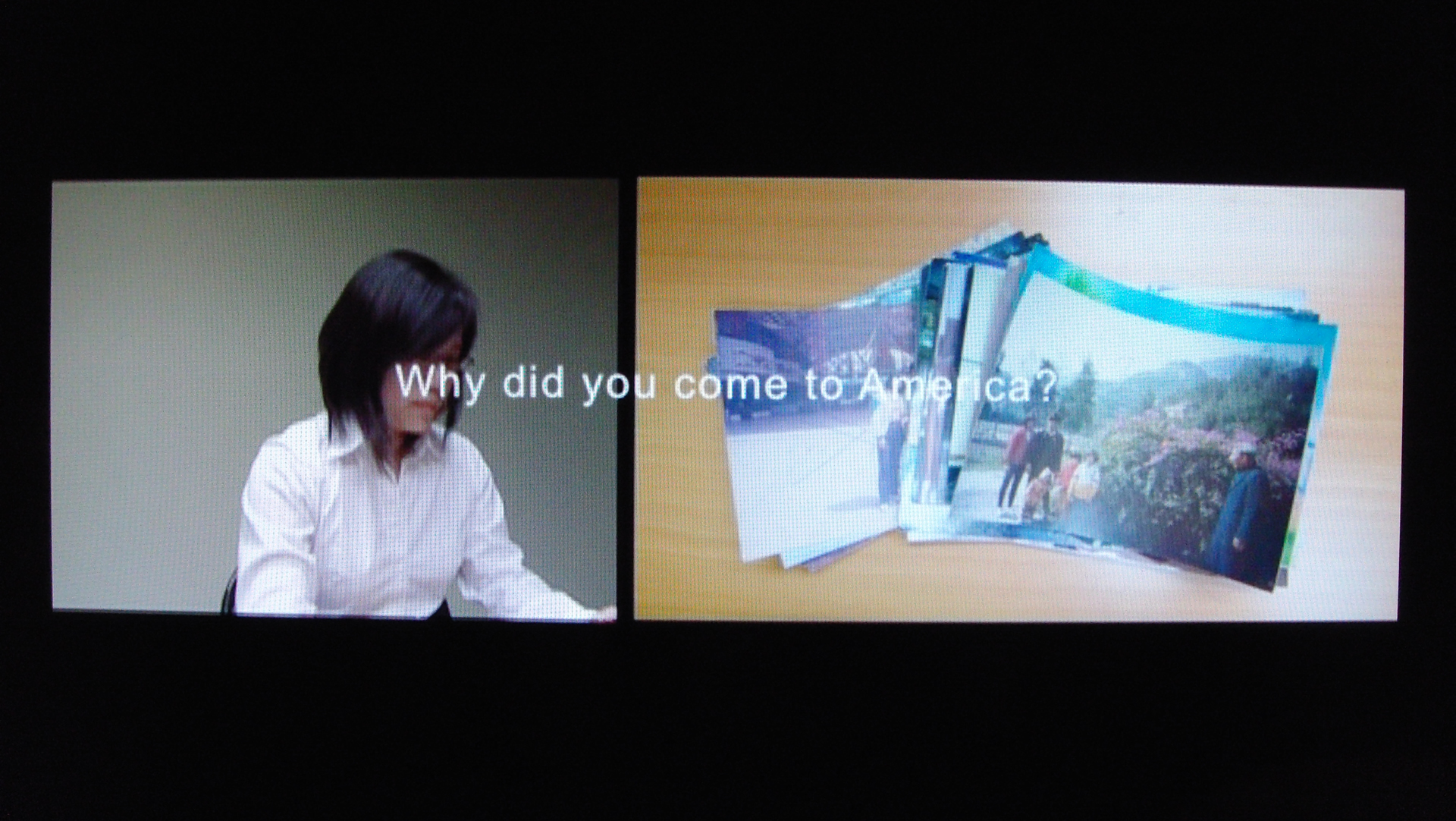